I wanted to write a short update on things for the New Year. Last time you heard from me our tech team had finished updating the technology for pucatrade.com—in that article, I teased a little bit of what in store for 2021. I have a small update in that area, but before we get there let's look back: 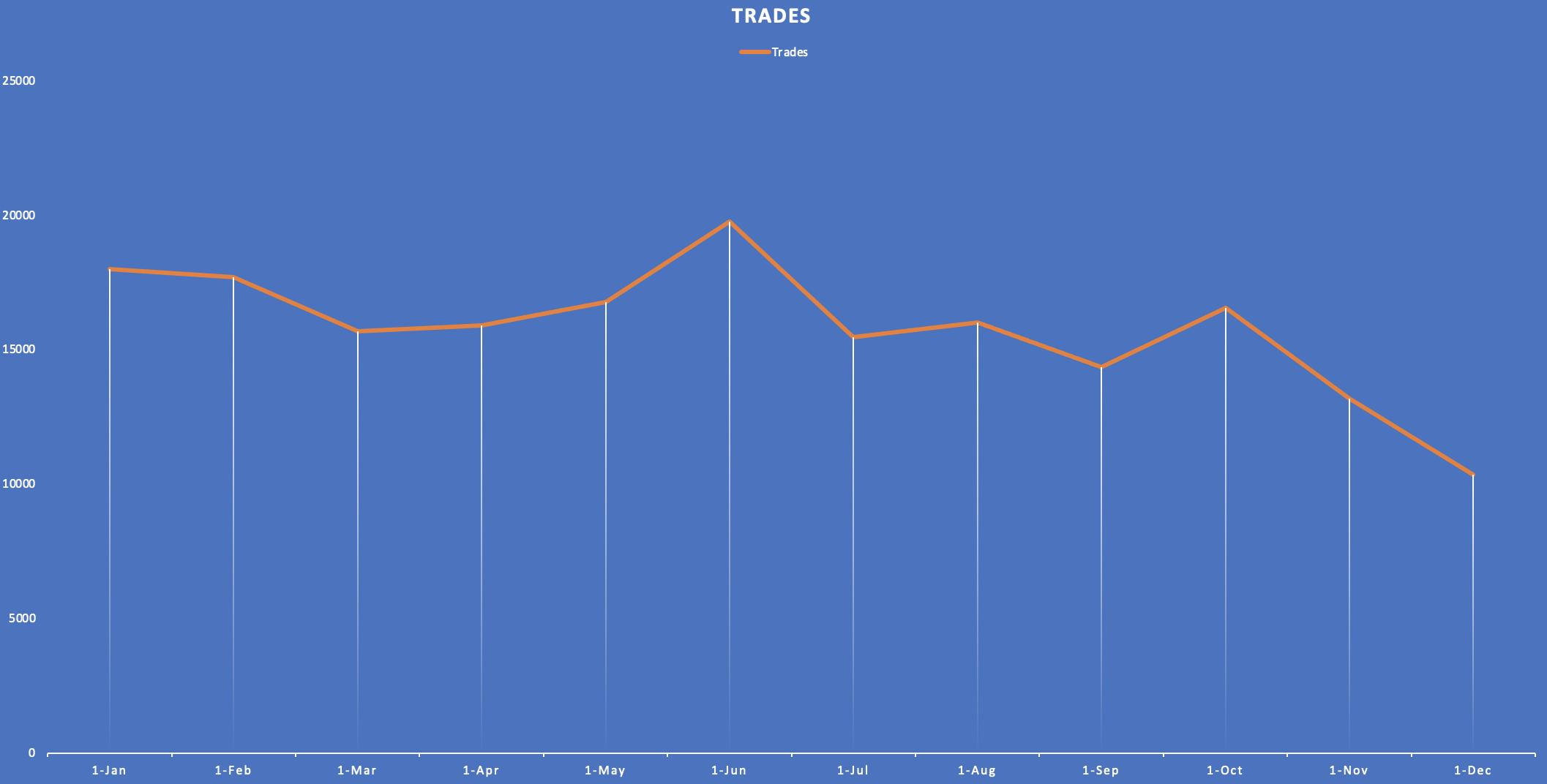 This graph charts how many trades happened each month in 2020—as you can see, we've had a stable year with very few swings. There are a few points of interest that I want to talk about: First, the small bump we saw in June—this was likely due to the release of the Marketplace feature. I was surprised to see such a small bump in trades for what I thought was a significant feature, but then I looked at the trades by points: 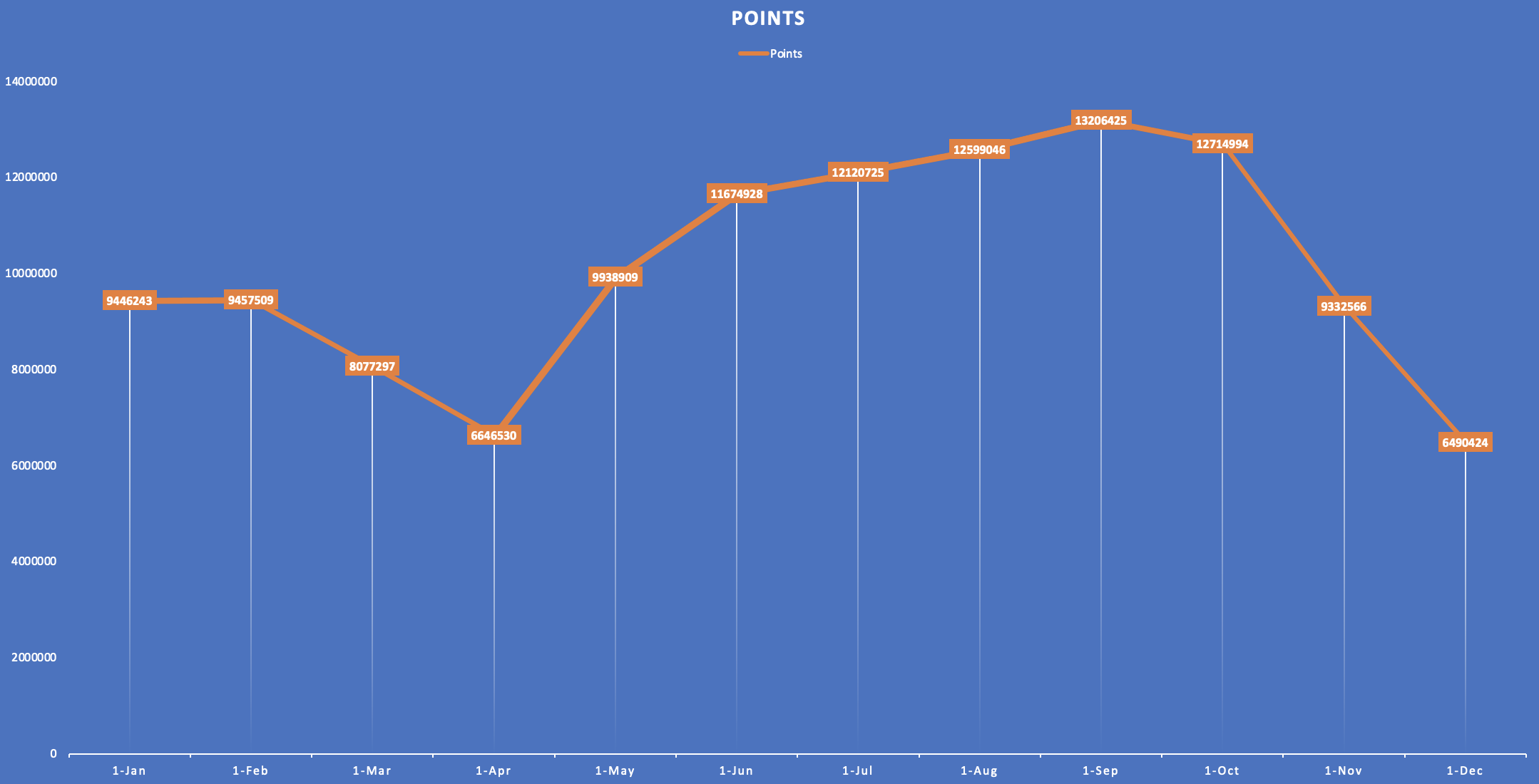 This graph shows the trades by points. On this chart, June shows a large spike. This stays consistent throughout the rest year before dropping off in November and December. What this says is that the Marketplace feature increased trade quality. The number of trades didn't increase significantly, but the number of points did.

The second point of interest is the drop in November and December trades. It's common knowledge that the holiday months are pretty slow for PucaTrade—past data shows a similar trend in these months. Because of this, I'm not too concerned about seeing a decline there. However, I do see a point of concern is in the next numbers: 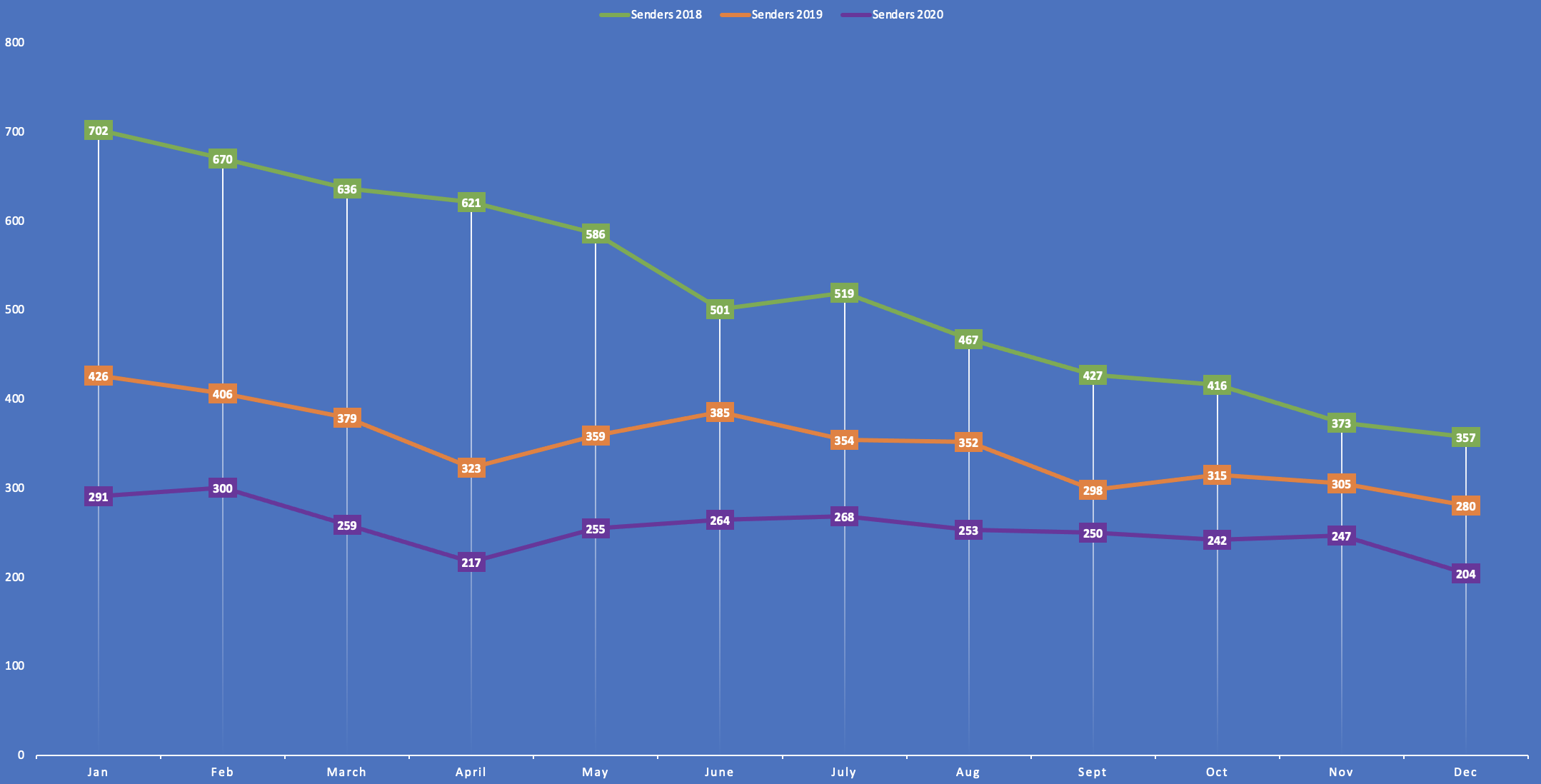 This is the breakdown of unique senders and receivers over the last three years. We've seen a significant decline in both numbers. It's been clear to us that the community is contracting—the number of people using PucaTrade had been decreasing for some time. We've monitored this situation but have not yet engaged with it, partly because the "felt" impact has been minimal. This is because as the community shrunk, the PucaPoint pool moved in tandem.

It's difficult to parse how much of the reduced activity is due to platform shrinkage and how much is because of the COVID-19 pandemic. According to sales data, the competitive play segment of the market is suffering—this would lead to fewer people trading which could account for some shrinkage. On the other hand, casual sales are still strong and this negative trend has occurred over the last three years. We have to take some credit for this negative trend.

The safest route is to ignore the impacts of the pandemic and work toward a solution—we need to put some energy into reversing this trend. That will be one of the challenges of this year.

If I could predict the tone for this year with two words, they would be slow and steady. We have a couple of features that are on the docket but other than that the plan is to lay low.

The first feature is tradable subscriptions: You'll be able to trade for a subscription token, just like cards. This will allow people to enjoy all the features of PucaTrade without spending any money. This feature is in testing at the moment—I will be sure to release an article with details when it's available to all members.

The second feature is tracking tools: This feature will allow you to add a tracking number to your trade. It will also help to speed up PucaShield resolutions. This feature is being spec'd out and I'm looking forward to getting it added to the site.

Aside from these features, our budget is focused on sustainability in 2021. This doesn't mean that there won't be changes to the platform or bug fixes—we have some other changes in discussions which I don't consider features. Primarily these are clean-up changes with our tiers and fee structure. I'll give more information on that when I settle on some details with the team.

This will be a critical year in PucaTrade's life as a platform—we'll be working to reverse the negative trend that we saw above while also keeping the status quo. Thanks to the tech team we have a new engine under the hood, which will help us to be nimble in rolling out changes. We also have some good news in the bigger picture with a vaccine on the horizon, maybe we'll see a return to the local game store this year.

I'll end this post like many of us ended 2020, with a hope for a better 2021. Keep an eye out for updates in the coming weeks. Stay safe and thank you for reading. 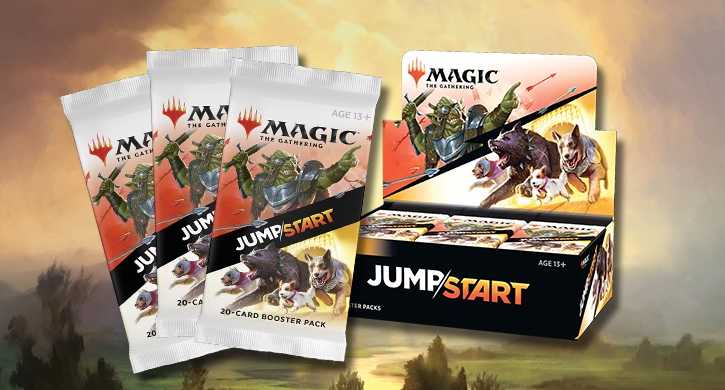