Hello everyone, and welcome to the seventh edition of the Judge Corner here on PucaTrade! I'm Marco Storelli, a level 2 judge from Italy! Today we're going to explore various conundrums of the targeting process and what happens when something tries to change the target of a spell (or ability), but first, let's dive into the usual Q&A and even before that, the solution to the rules riddle I've posted a while ago in Judge Corner #5 (I apologize for the delay).
I control Ashnod's Altar and Skyshroud Elf, can I cast White Knight? If yes, how? If not, why?

The answer is YES, you can cast White Knight. Two things are noteworthy in this scenario: the definition of mana ability and the ability activation process. An activated ability is definied as a mana ability if it has no target, it can add mana to a player's mana pool and it's not a loyalty ability (sorry, Koth of the Hammer). Which means that all the abilities in this scenario are mana abilities and don't use the stack. However, even if they don't use the stack, there is still an activation process to follow, which of course is the same as all the other activated abilities except that we ignore the unnecessary passages (no targets, no modes, and so forth). In particular, when a mana ability requires a mana cost, other mana abilities can be activated to satisfy it, so that's what we're going to do:
1. Announce the "filtering" ability of Skyshroud Elf once,
2. During the activation, announce the "filtering" ability of Skyshroud Elf once again (yes, you can do that),
3. During this second activation, use the altar, add 2 to you mana pool, which will get filtered to WW. Success!
Yes, this riddle was somewhat evil. Congratulations to everyone who got it right and thanks to everyone who participated, but don't worry: this corner case knowledge is not part of the material to study for the judge test!
With that out of the way, it's Q&A time!
Q: How does Reflector Mage interact with Morph cards? If it bounces a face-down card, can I cast it again? If it bounces a face-up card with morph, can I cast it face-down?
A: Yes and Yes. Face-down cards have no name, so they don't share a name with any other card (it's the same as the Bile Blight case), so you can recast it either way. Moreover, when you cast a card with Morph face-down, you put it into the stack directly as a 2/2 for 3, so the Mage won't be able to disallow it because he can't see what's below it at that time. In any case, always make sure to reveal face down cards when they get bounced (or at the end of the game)!

Q: I control Anafenza, the Foremost and Kalitas, Traitor of Ghet, what happens when a creature my opponent controls dies?
A: Both effects are trying to act upon a creature dying, so the affected creature's controller (in this case, your opponent) chooses which one to apply. Which means that, unless your opponent wants to give you a free 2/2, the creature will just get exiled and nothing else will happen.

Q: What happens to Goblin Test Pilot while Suppression Field is on the battlefield? My opponent is claiming that he can activate it infinite times and choosing to pay {2} only when the selected target comes up -- is it true?
A: Yes, your opponent would be right, but the slow play rules make it so the player is not allowed to do this trick.  Here is that the player WANTS to do:
1. Announce Goblin Test Pilot's ability
2. Determine the target by rolling a die
3. Determine the total cost of the ability (with Suppression Field it's 2+Tap)
4. The cost contains a mana payment, so mana abilities can be activated.
5. Let's assume the player "doesn't like" the target, he can choose to NOT activate any mana ability (as no player is forced to activate mana abilities at any time).
6. At this point, the game sees an illegal activation (activating an ability that requires mana without paying it in full is illegal) and backs up the process entirely (the goblin won't even be tapped).
7. Repeat until you roll the target you want.
Action #7, however, causes a non-deterministic infinite loop, because one doesn't know how many times it's necessary to repeat this process to get the desidered outcome, and you're not advancing the game state in any way in the meantime. Tournament Rules don't allow this because you can't shortcut "roll a d20 until I get a 20" and you obviously can't use your time to physically roll the die an undefined number of times.
A non-deterministic infinite loop falls under the definition of slow play because you're not advancing the game state by continously backing up illegal actions. No infinite activations for your opponent, then!

Rules Exploration: Targeting Tango
Targeting is usually straightforward: Lightning Bolt deals 3 damage to target creature or player, right? However, there are a few situation that often pop up in tournament play that could be sometimes mind-boggling for some players, so here we are to shed some light on the subject, from general wording tips to card-specific situations!
1) Two Targets versus Target A and Target B: What's the difference between the targeting of a support card (such as Relief Captain) and Seeds of Strength? The rules come in our support here! The same target can’t be chosen multiple times for any one instance of the word "target" on the spell. However, if the spell uses the word "target" in multiple places, the same object, player, or zone can be chosen once for each instance of the word "target" (as long as it fits the targeting criteria). Which means I can use Seeds of Strength as Giant Growth because I can select the same target three times, which I couldn't do with support.

2) Decimate is a card that can benefit from this trick as well.  If an opponent has an artifact creature, an enchantment, a land and no other permanents, I can choose the artifact creature for both "target artifact" and "target creature". However, Decimate is a card that has the high risk of getting stuck in your hand, since you can't cast it if you can't find a legal choice for ALL the four targets. Some cards can avoid this with the "up to" wording -- (I can cast All Suns' Dawn targeting less than 5 cards) -- but Decimate is not one of them.

3) Restoration Angel is another card that misses the "up to" wording, but why does this matter? Well, when it was in standard alongside with Phantasmal Image, you were forced to target (and sacrifice it) with the angel's ability if you didn't control any other non-angel creature. Oops!

4) So far we've seen some targeting oddities, but things get complicated when some spells mess with targeting, such as Misdirection and Spellskite. Misdirection can target any spell with a single target, while Spellskite doesn't have this restriction, so you can, in theory, target spells that don't have any target with it, but the end result is nothing. Moreover, as we said before in this space, Misdirection won't save you from Duress or cards that read "target opponent" on a non-multiplayer game, though AEthersnatch will.

5) Another case that often pops up in tournament is when you have a multitarget card (such as Electrolyze) that targets Spellskite and another creature. In this case, you can't redirect the second point of damage to Spellskite, because that would violate the "two targets" definition from before. (While you can change targets to some degree, you can't change the decisions on how these targets are affected this way; this applies to Rolling Thunder and Wild Ricochet as well.)

6) Speaking of decisions, some spells are modal and modes can't be changed by Spellskite or Misdirection. For example, Red Elemental Blast willing to destroy a blue permanent can't be misdirected to counter a blue spell. Pyroblast adds another level of weirdness because it can target any permanent, but the spell will only destroy it if it's blue, so I can misdirect it on a land to "nullify" it (which is not possible with Red Elemental Blast because it specifically wants a blue target).

8) A last note on countermagic: spells can't target themselves, but if my opponent plays Mana Drain and I attempt to misdirect it with Misdirection, I can choose to make Drain target Misdirection right before Misdirection resolves, so the end result is that Mana Drain will be countered and my opponent won't gain any amount of mana.

And that's all for today! Join me next time with another rules-filled column! (A tournament-focused one is in the works, which might or might not be the very next one). If you have any question (or you would like to give feedback or suggest a topic), feel free to write them in the comments or via email at marco.storelli0xFF@gmail.com with the Subject Line: PucaTrade Judge Question. See you soon!

Marco Storelli, a Level 2 Judge from Italy, started playing Magic in 2004. He became a judge to experience the game from a different point of view while helping others keep the game fair and fun.
If you don't have a free PucaTrade account, learn how it works! Sign up or upgrade today!
Discuss this article here 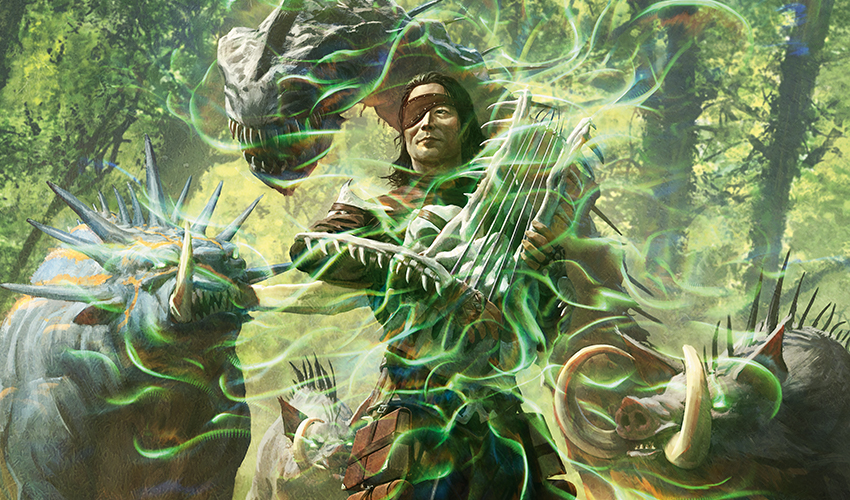